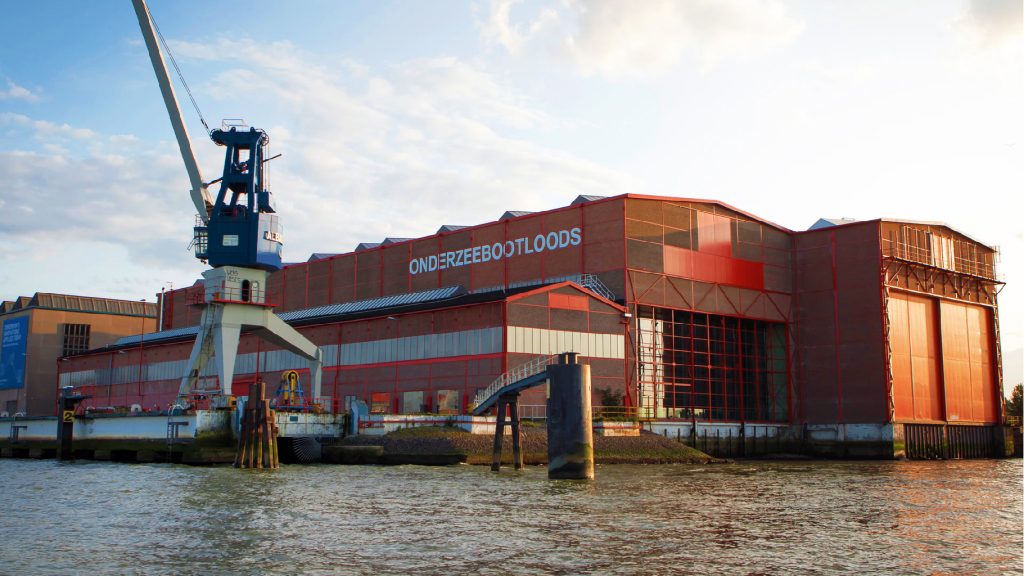 Bus departures from Rotterdam Central station, “stop GG” at Contradstraat, which is also the return location after the event. The bus tickets are retour tickets. Returning from the ScumBash to Rotterdam Central can be done at any time between 20:00 and 01:00. Book your tickets here 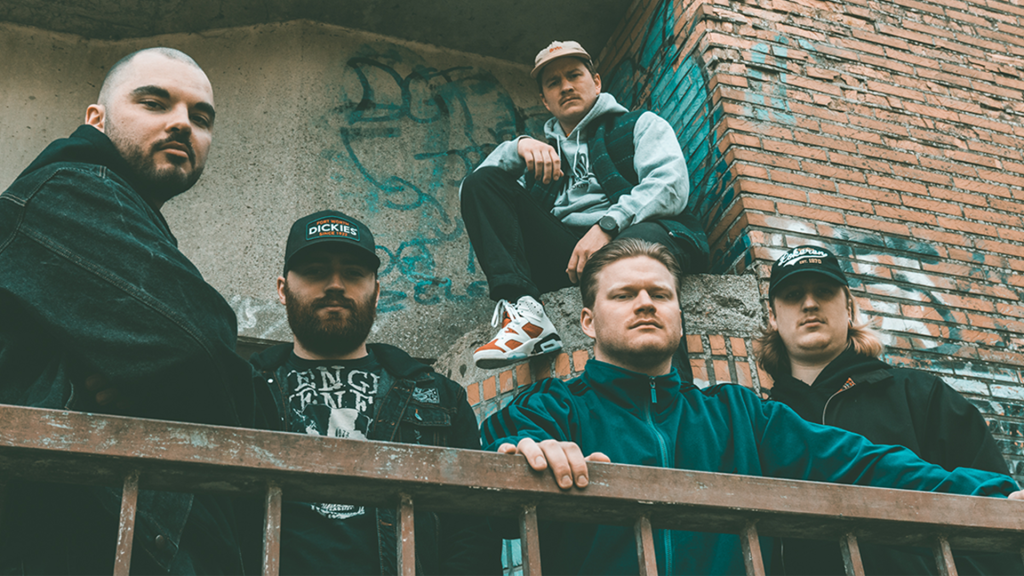 With just a demo and an EP under their belt, Mindwar already made waves in the hardcore scene, touring all over Europe, supporting legends such as Sick Of It All and Agnostic Front, and playing at multiple festivals, including Ieperfest and Revolution Calling. All these feats are self-enforced by the five-piece from Belgium, ‘cause they […] 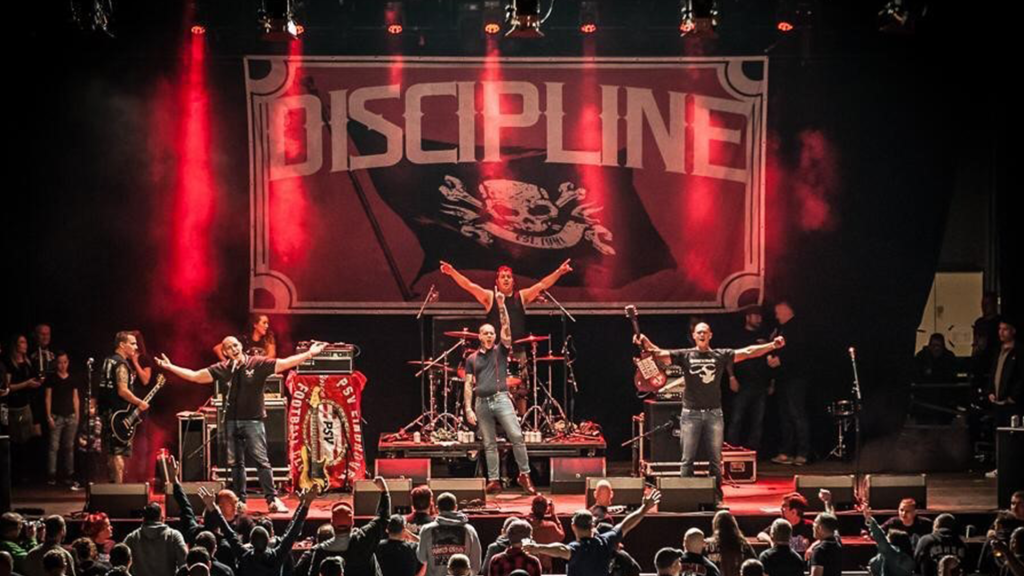 A true juggernaut of Dutch street punk, having a laugh for causing trouble on the way. It’s known far and wide Discipline has a truckload of boisterous hard hitting brick rhymes that still resonate through current times. So tighten your boots and braces and brace yourselves: a beer in the one hand, the other a […] 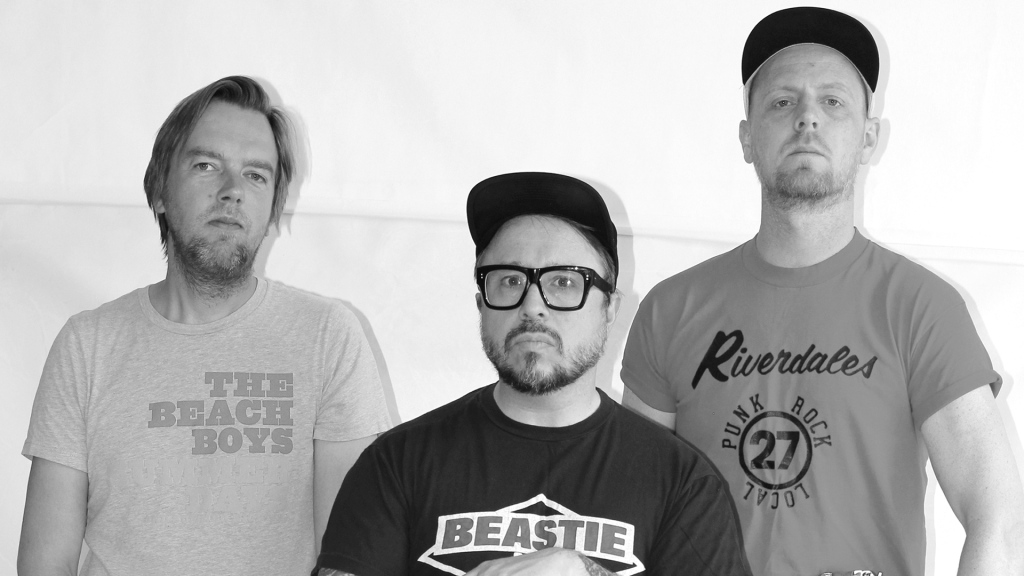 A bona fide punk rock super group from Holland. These lads also operate in The Real Danger, The Windowsill and Giant Eagles and have played in other celebrated bands since last century. They’ve got a penchant for anything Ramones, from The Queers to The Riverdales, and they’ve got the chops to bring it on themselves. […] 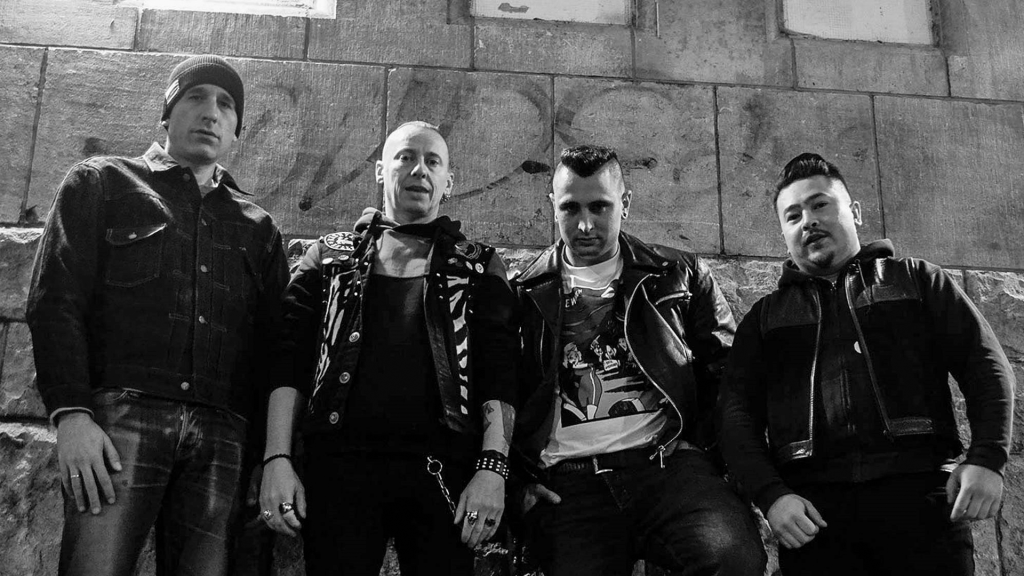 Cenobites are psychobilly hellraisers, fattening the sound with punk and metal since 1994. Like a noughties Motörhead with a bull fiddle in a Hammer movie, this band rocks shivers down spines from Rotterdam to Brazil and beyond. Cenobites’ latest splatter platter still rips diamond vinyl needles to shreds. Moreover, their executions of GG Allin and […] 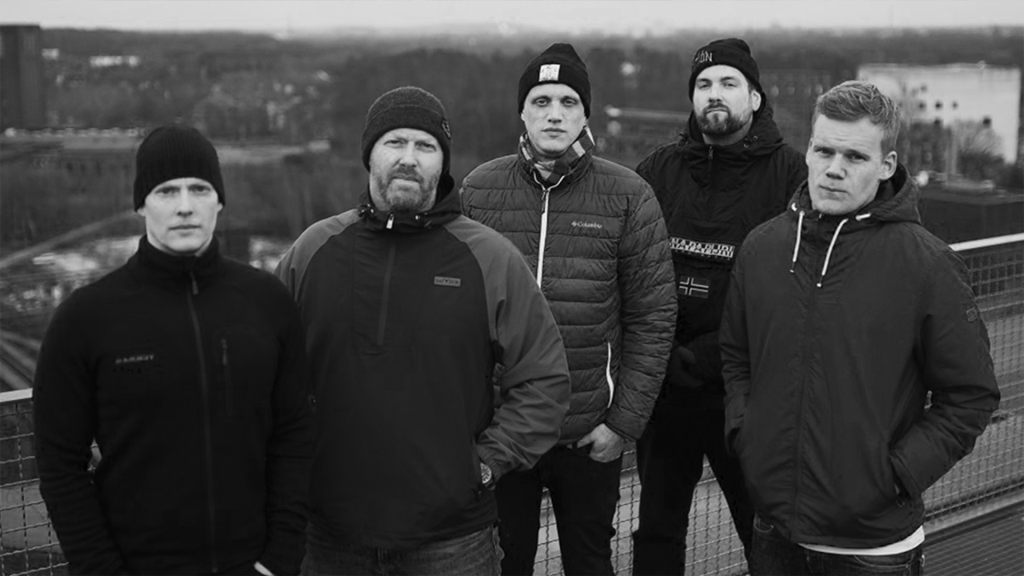 In the 25 years since Born From Pain emerged, they’ve seen the state of the world go from bad to worse. It’s one of the main reasons why their pile driver hardcore is unrelenting. This band won’t rest on its laurels and always leaves your senses banged up in the best possible way. Change or […] 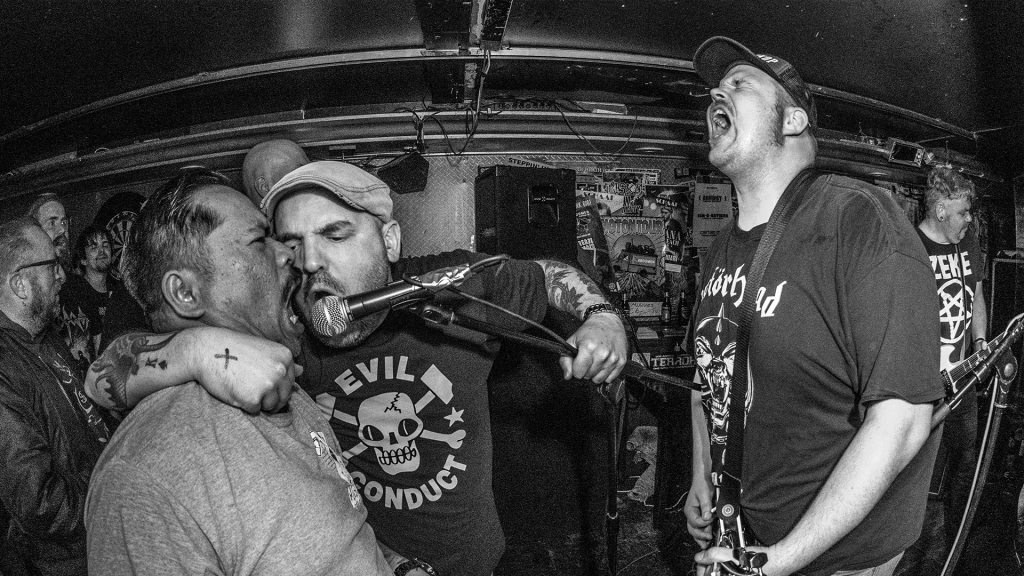 Throw this chorus into Google Translate: ‘Ponypark Is Kut’. Indeed, Skroetbalg make no bones about it as they scream on in their Drenthe dialect from the east of The Netherlands. Their peasantry Motörpunk roar is the stuff of pitchfork rebellion with many axes to grind and havin’ fun while you’re at it. Skroetbalg brings it […] 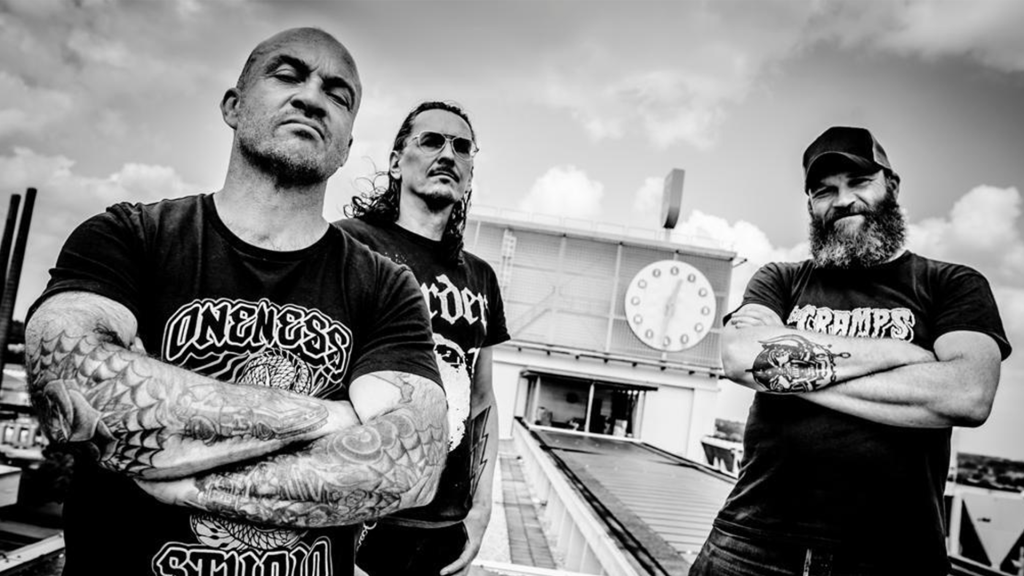 When Peter Pan Speedrock gave us the thumps up years ago to organize the first ScumBash – which was more or less a big ass Rotterdam Speedfest back then – we booked the band right away. Naturally they played a scorcher, but a few years later PPSR was no more. In 2021 the hard as […] 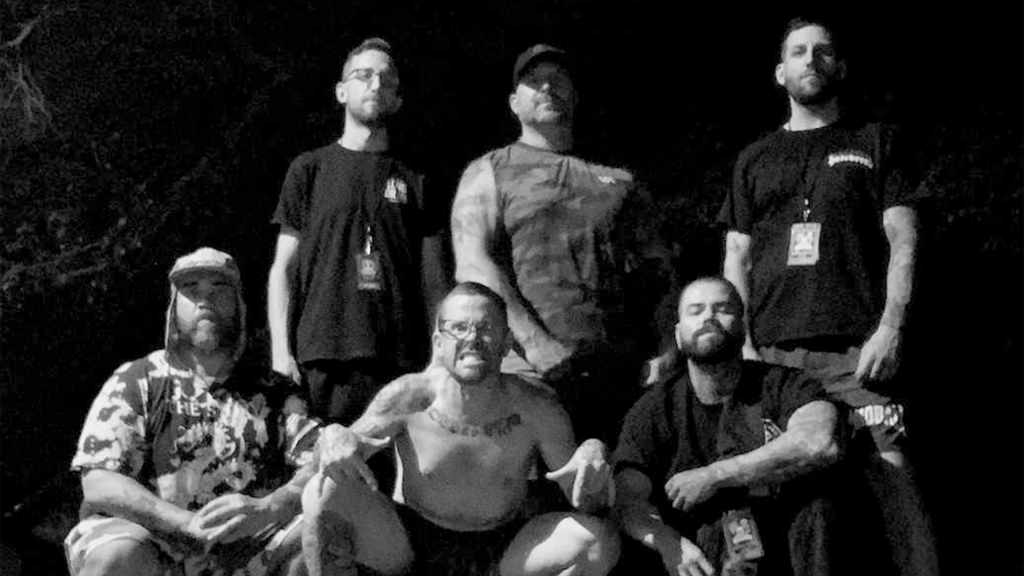 When you see a Hoods show in this day and age, it’s hard to imagine they really are approaching their 30th anniversary. Mikey Hood and his cohorts come across at least as aggro as back in the day and they won’t have it any any other way. Pummeling Sacramento hardcore to thrash yer senses at the edge of the pit […] 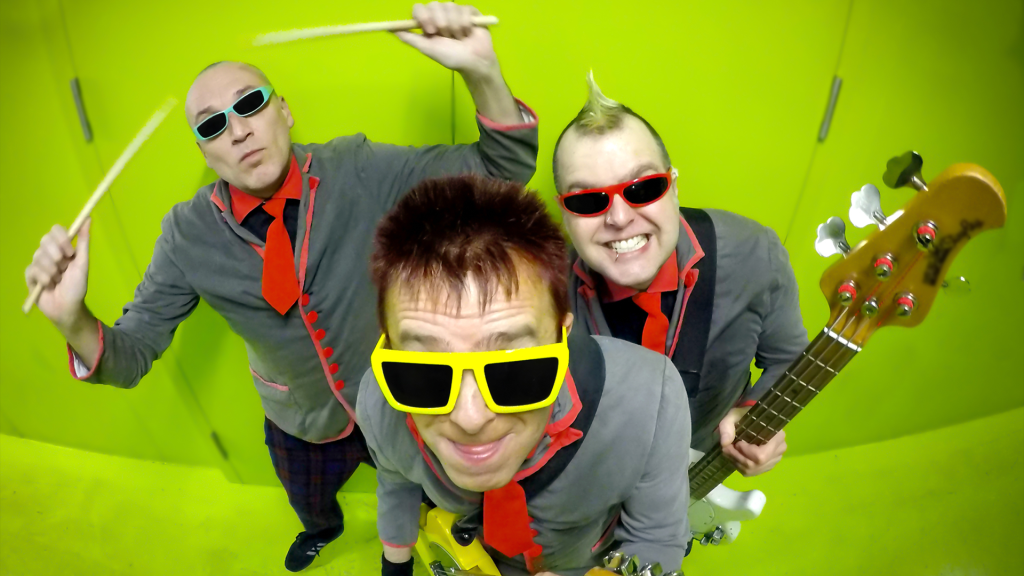 To the outside world The Toy Dolls are mostly known for their punked up version of the kiddo ditty Nellie The Elephant. Sure enough, since 1982 this massive hit guarantees mad crowd antics at their live celebrations, but these tight rockin’ jesters pack dozens of party anthems, from My Wife Is A Psychopath to Lambrusco Kid. […]

Reuzel. Spelled with a Z. Pronounced with a middle finger.

The lifestyle court at ScumBash 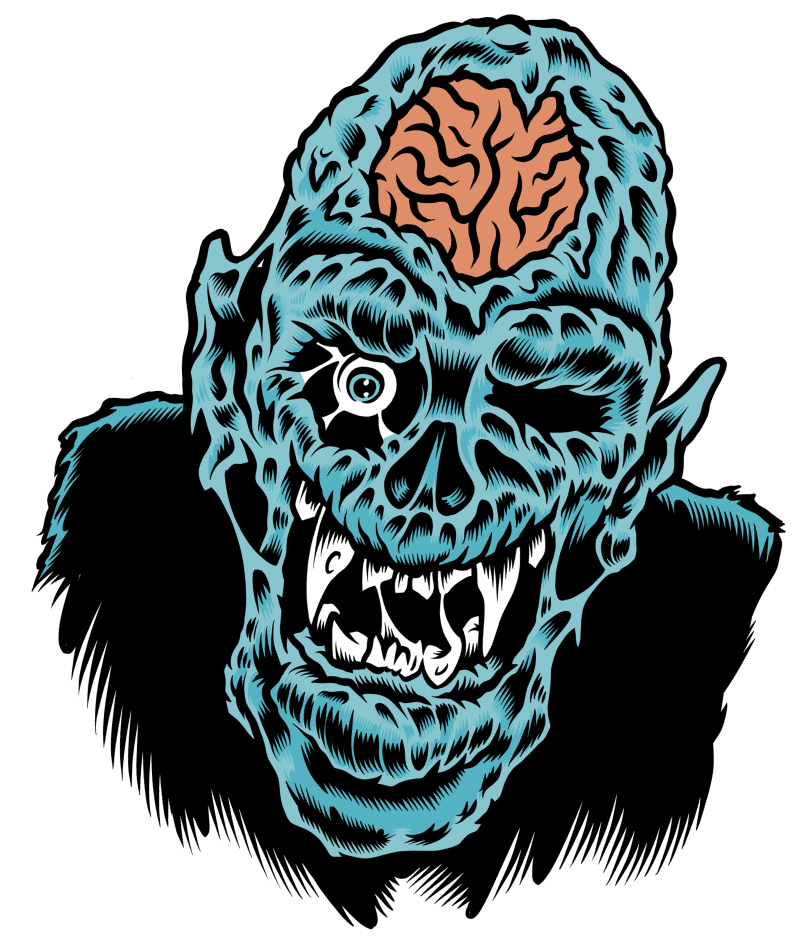 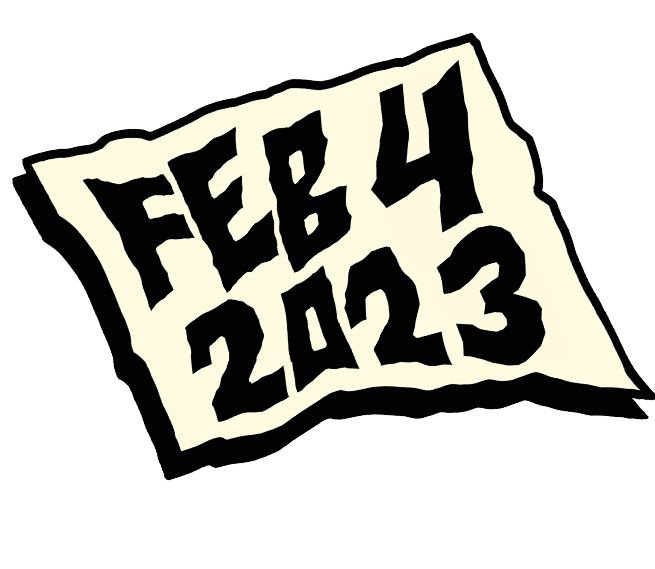 Do you require more information?
cONTACT US AT: INFO@SCUMBASH.NL

NEW DATE: FEBRUARY 4, 2023
Mark February 4, 2023 on your calendar because on this day we are going to raise our glasses to the gods and demons of rock ‘n’ roll!🔥
We truly hope you will celebrate with us. Ticket buyers have received an email. You have bought a ticket but have not received an email? Please contact us: info@scumbash.nl
For now, stay healthy and take care. We hope to see you next year to set the RDM Onderzeebootloods on fire!!!!
Team ScumBash⚡️
OPENING HOURS

Please send us an e-mail: info@scumbash.nl.

WHEELCHAIR ACCESSIBLE
The festival grounds, bars and sanitary facilities are wheelchair accessible. There won’t be a wheelchair stage or special wheelchair zone.
TICKET PROVIDER
Our ticket provider is Eventix. You can contact them for ticket questions. Please send an e-mail to
info@eventix.nl.
ORGANISATION
Scumbash is organised by Schorem Haarsnijder & Barbier and the Event Warehouse (Paaspop Festival, Solar Festival, Revolution Calling and more).
OTHER QUESTIONS

Do you require more information? PLEASE SEND US AN E-MAIL: info@scumbash.nl. 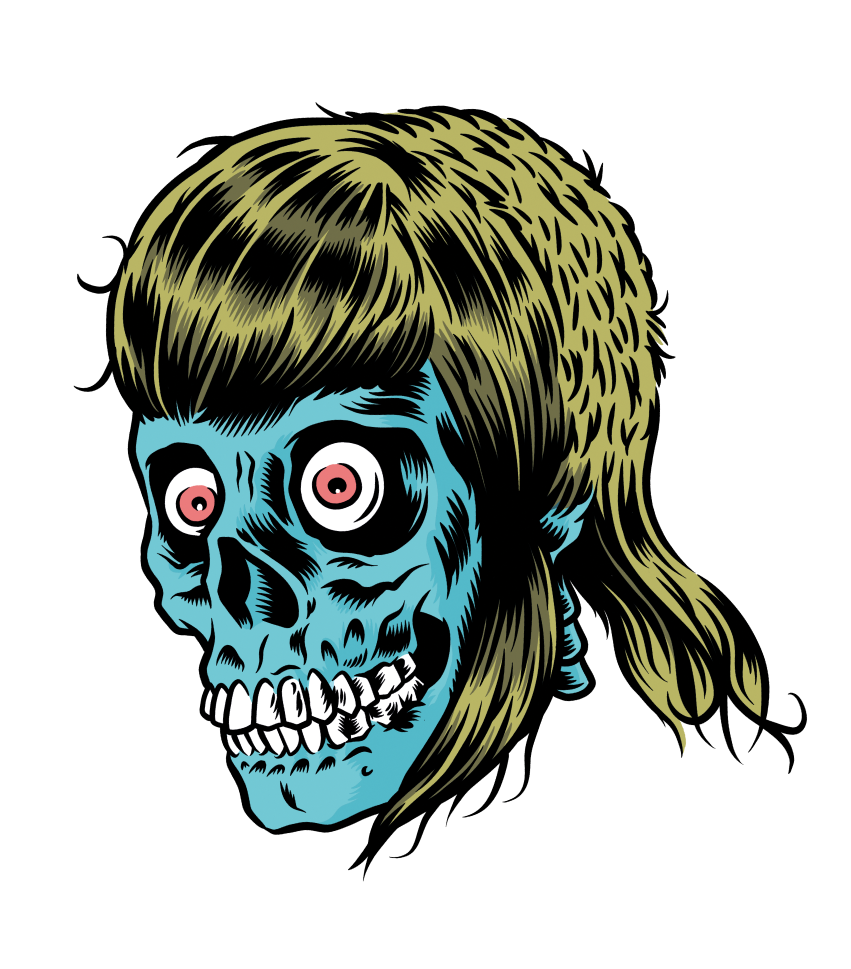 A true juggernaut of Dutch street punk, having a laugh for causing trouble on the way. No-one can deny Discipline has a truckload of boisterous hard hitting brick rhymes that still resonate worldwide. So tighten your boots and braces and brace yourselves: a beer in the one hand, the other a fist high and mighty to cheer along with your iron chin up. 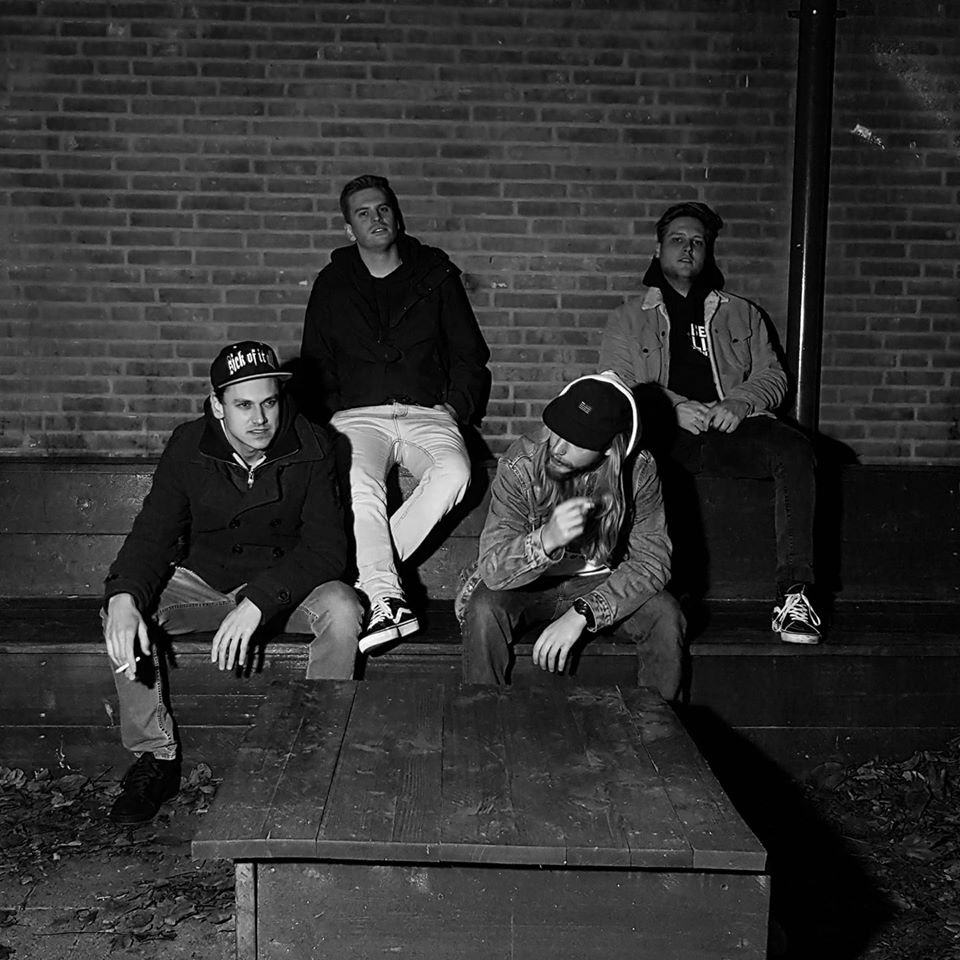 When The Heart Monitors started out with the aim of becoming Clowns of the greater Rotterdam area, they didn’t take into the equation they were living under the fumes of the gigantic petrochemical industry from the biggest harbor in the western world. All those toxic fumes probably have fired ‘em up to make their hardcore punk as fierce as the greats from the 80s. 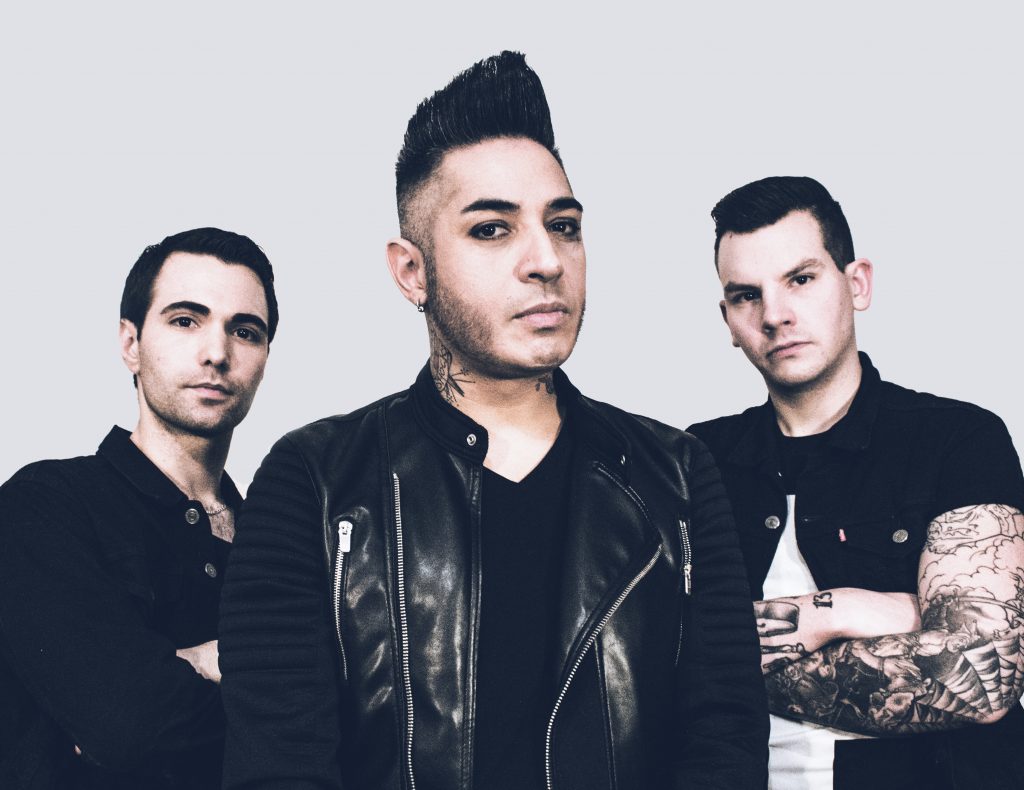 These Canadians first appeared on our radar when they toured Europe with the mighty Reverend Horton Heat in 2011. Since then they only went on to bigger and better things, even releasing their eighth album ‘Satana Tarantula’ when the global covid mess kicked-off. The Brains’ blend of psycho turns to ear-candy thanks to rollicking doghouse bass slapping combined with pop sensibility and rockabilly heat. Catchy as hell folks. 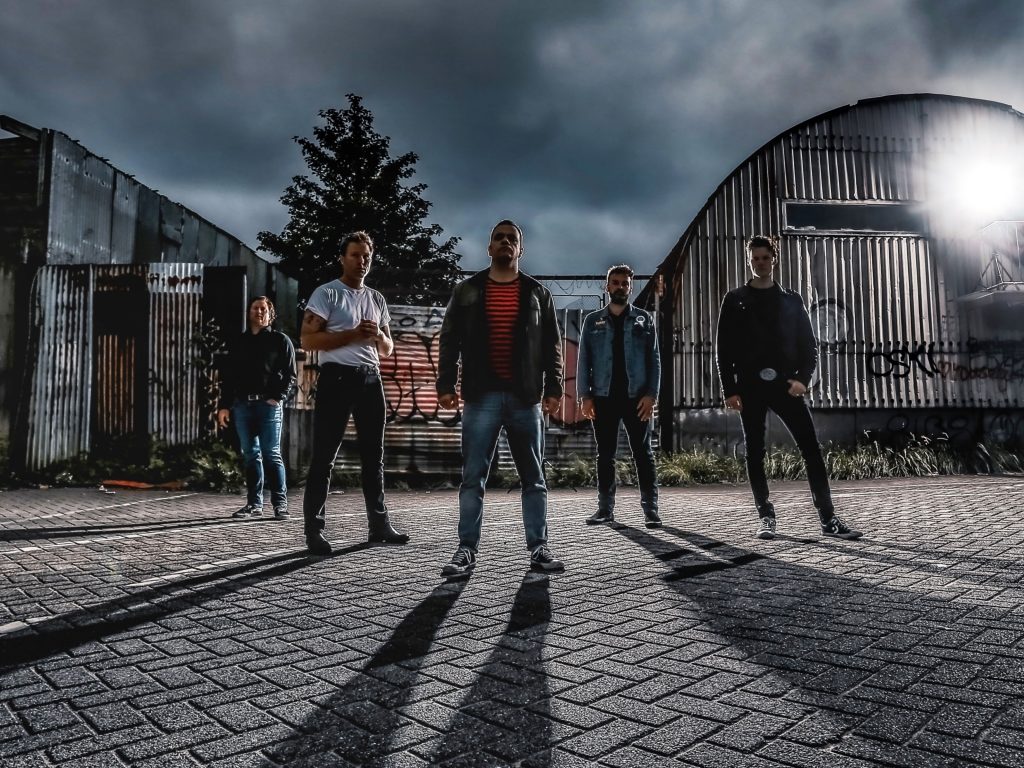 To the untrained ear Savage Beat might sound like another proper punk rock & roll band with a bunch of good songs. Those who dig in deeper find a wide array of sources, ranging from pubrock to 70s glam and from bovver rock to Oi! and then some. That’s what sets them apart from the pack. Poison Idea’s Jerry A and Antiseen’s Jeff Clayton gave their voices full of vigor to this faction of beat savages, and so should you. 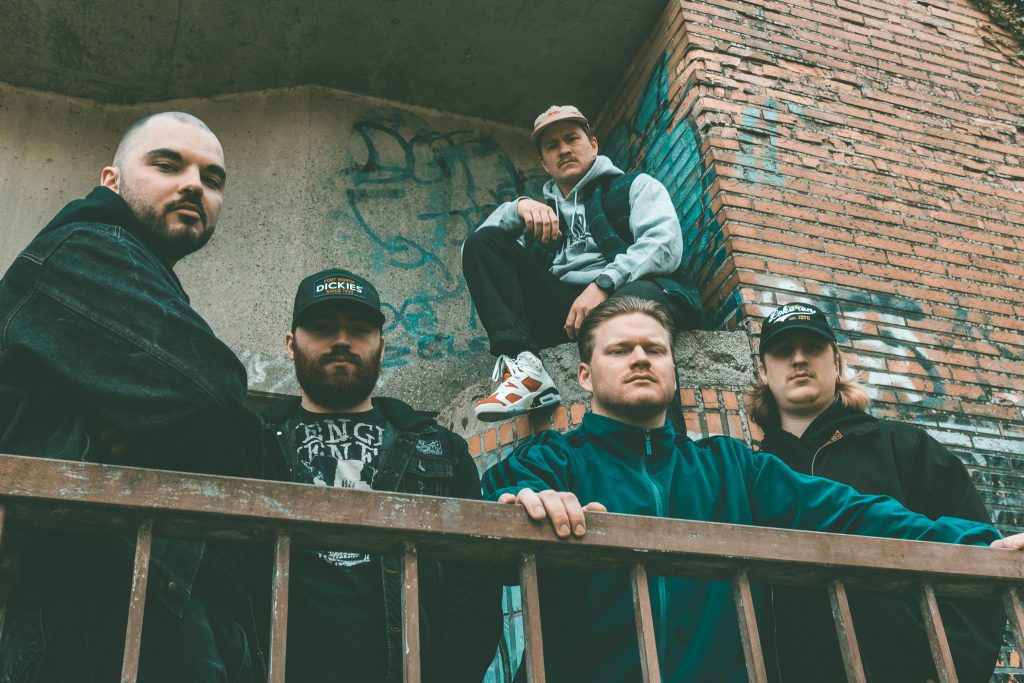 With just a demo and an EP under their belt, Mindwar already made waves in the hardcore scene, touring all over Europe, supporting legends such as Sick Of It All and Agnostic Front, and playing at multiple festivals, including Ieperfest and Revolution Calling. All these feats are self-enforced by the five-piece from Belgium, ‘cause they always deliver their slamming tunes, riffs and grooves hard to the core. 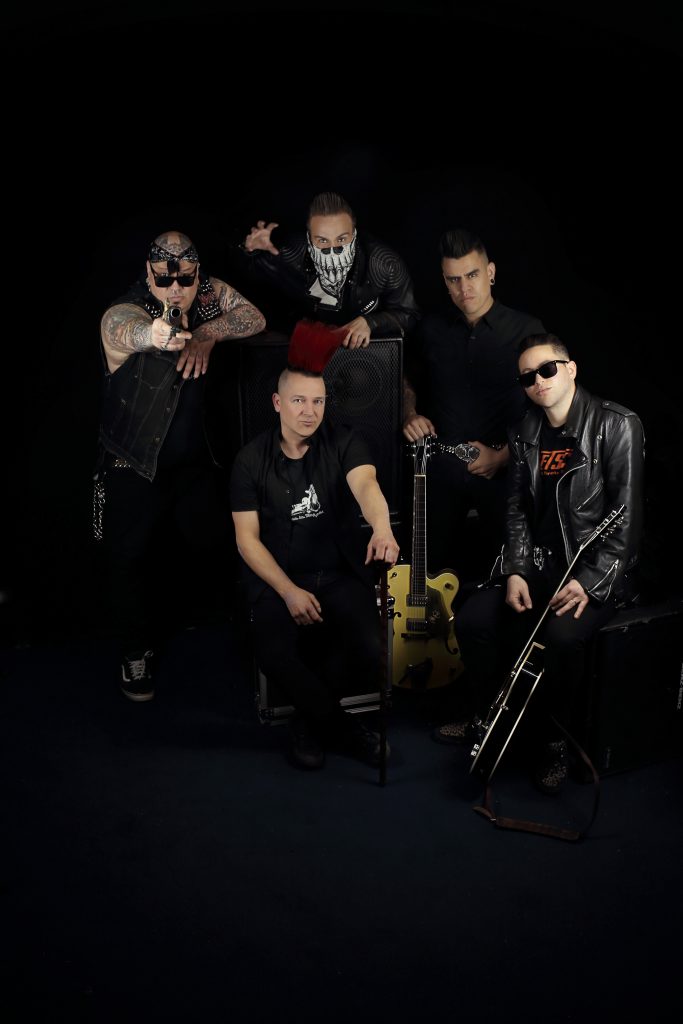 The biggest psycho band from Germany had its ups and downs over the decades, but right now Mad Sin are on a roll again. Köfte and his cohorts released the crackin’ album ‘Unbreakable’ in 2020; a motherfucker of a record steering into punkabilly and beyond. No other band in the world sounds like Mad Sin, so maybe we could brand them as Krautabilly or rock & roll germs from Germland. Pound for pound, slap bang in the middle of the Scumniverse. 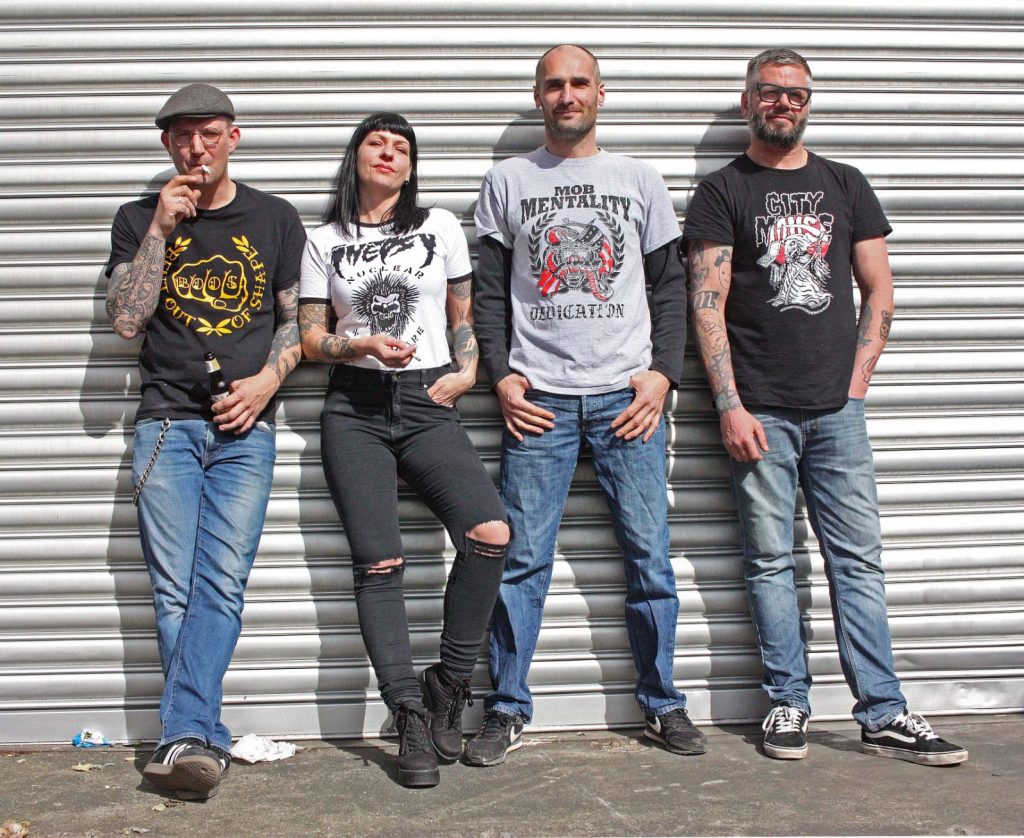 What to do when almost everything shuts down due to some fucking virus? Well, start drinking early in the day of course! That’s what Ronny from Hard Wax and The Reapers did, but daydrinking without good music is a crock of shit, so during all those beers he made some
well-crafted punk rock songs and later on gathered a few acknowledged friends to present those cracking tunes live to us all.
Cheers in advance! 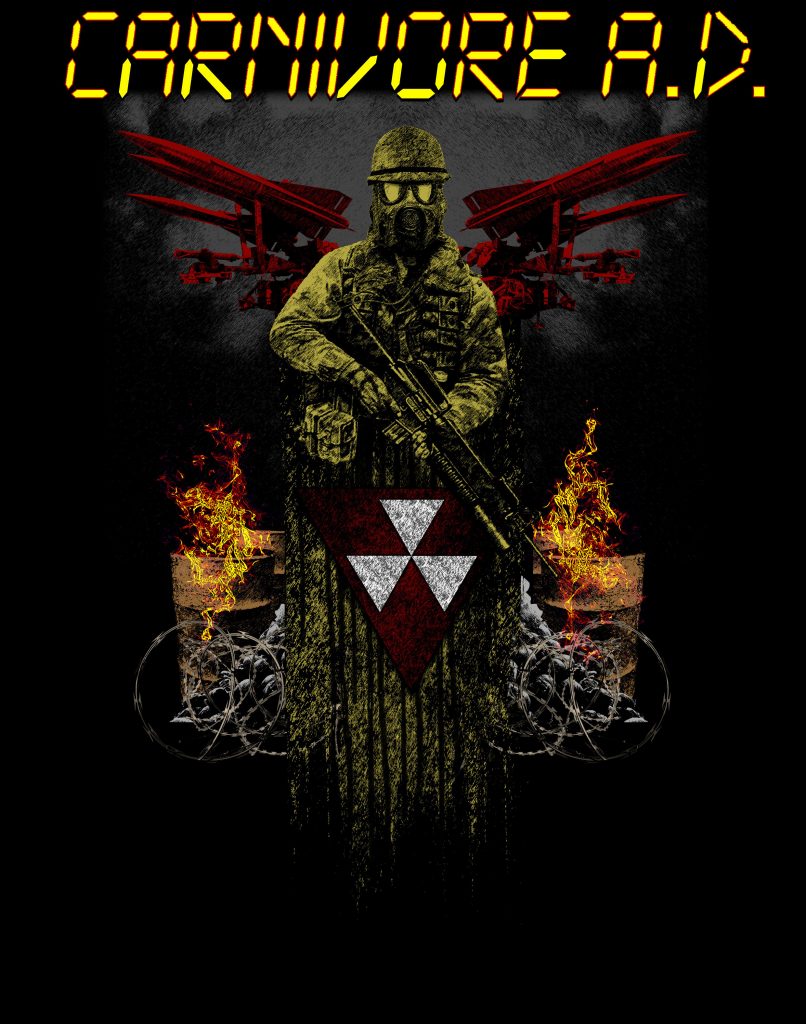 Two menacing albums cemented Carnivore’s name in the annals of hardcore and metal. Frontman Peter Steele became even more influential with Type O Negative, but couldn’t resist Carnivore reunions later on. After the giant’s demise everyone thought that was it, but lo and behold, enter Baron Misuraca, who not only looks like Steele’s brother from another mother, but also sounds a lot like him. So far even the old sceptics are thrilled to witness this Carnivore incarnation, and for good reason: it’s crushing as ever 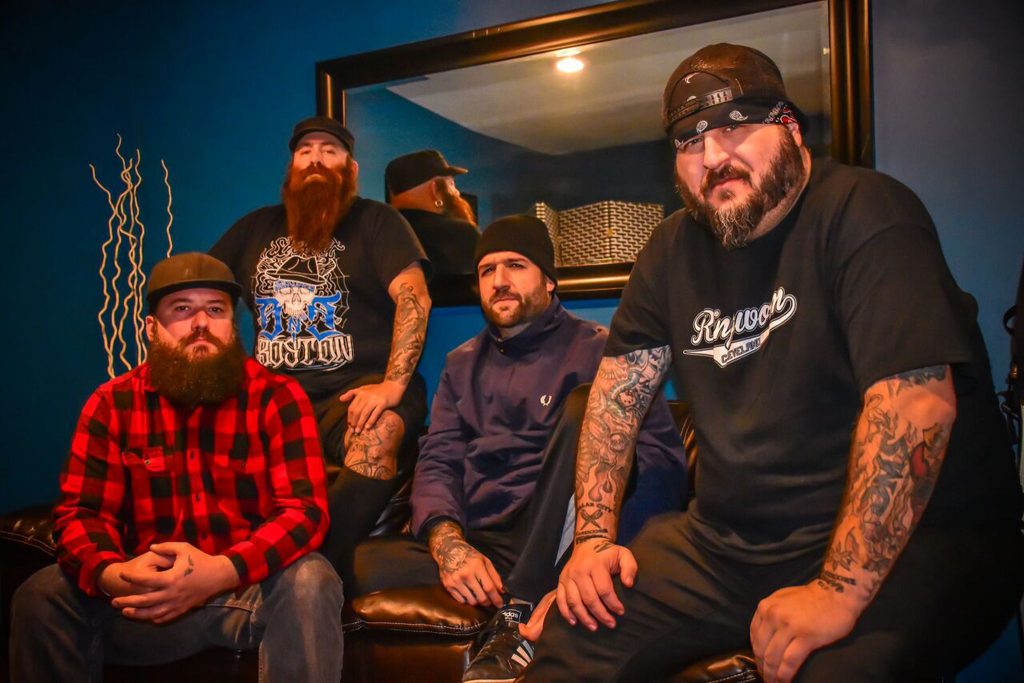 New York hardcore ain’t just about the city. All corners of the state are a hotbed for hardcore. Solid proof thereof is Brick By Brick from Upstate NY.Their metallic sound is truly pummeling, at times coming across like a ton of bricks right in yer face. So, if you’re into Merauder and the likes, you will definitely love BxB.

When Total Chaos celebrated their 30th anniversary in2019, the Californian stalwarts rampaged Rotterdam’s premier punk festival Tales From The Punx at Baroeg. Three years on they’re back on the southside of the city to flush out a cascade of streetpunk gems. Brace yourself for total chaos on the pogo floor 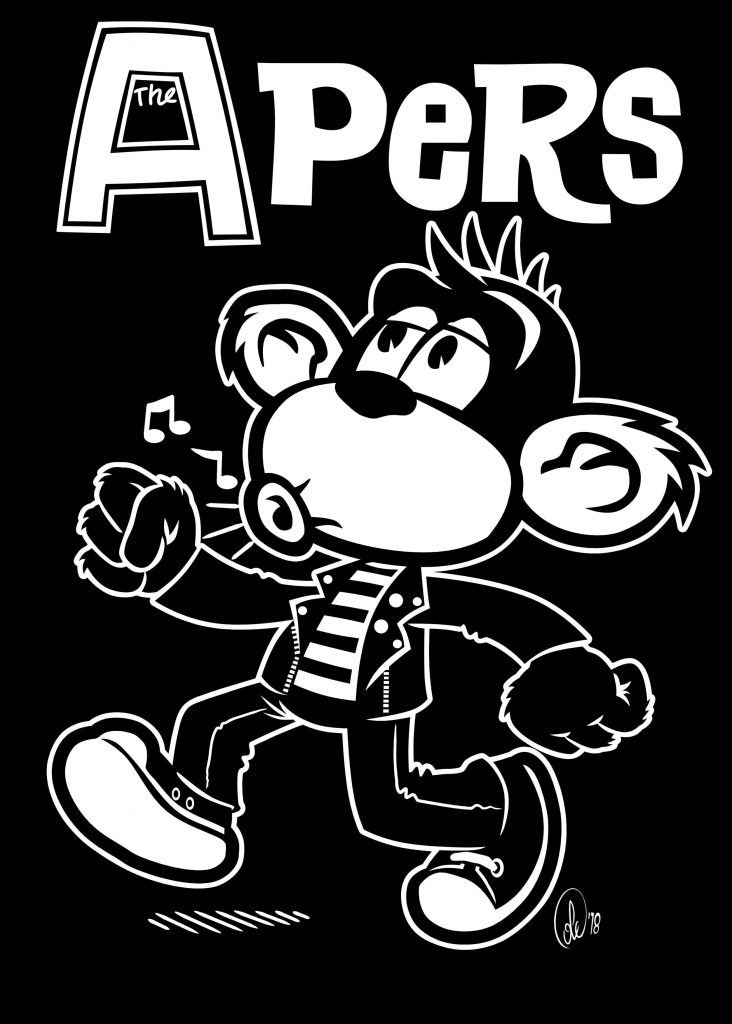 When the little loudmouth Kevin Aper moved from Rotterdam
to the Alps, he became frontman of Tirol crossover thrashers Insanity Alert. The Apers became less prolific, but as they say: The punkrock don’t stop. Every once in a while they pop up to fire off a hit
filled set, just like they cheerfully did in the nineties and noughties.

These Boston hardcore heavyweights delivered a string of widely acclaimed releases after the millennium shift. Then it took ten years before the aptly titled album Unfinished Business hit the streets in 2019 to show Death Before Dishonor was back with a vengeance.Their live shows still discharge enough energy to power a thousand barber shops, so get in the pit and get wired. 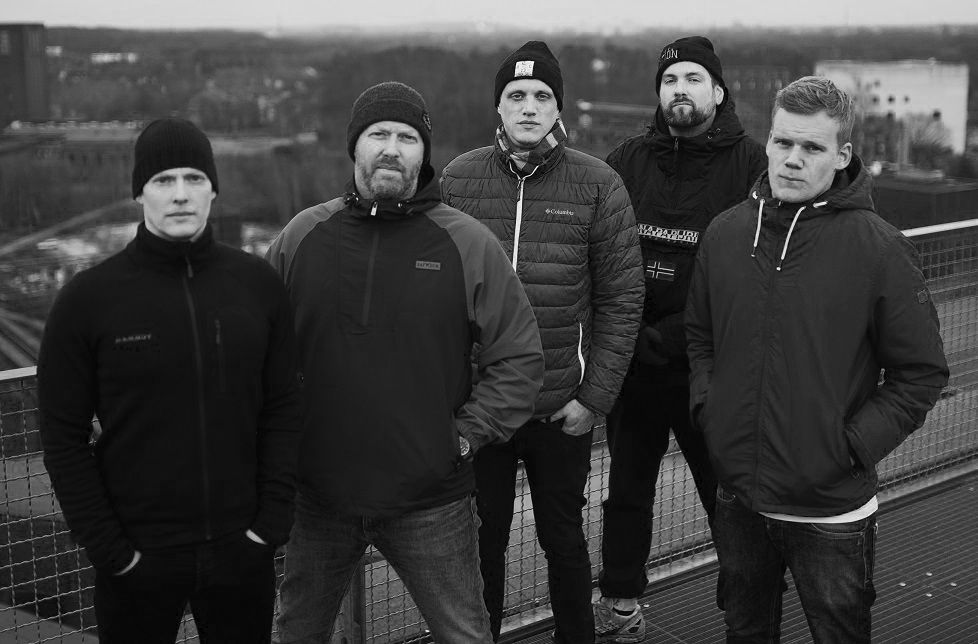 In the 24 years since Born From Pain emerged, they’ve seen the state of the world go from bad to worse. It’s one of the main reasons why their pile driver hardcore is unrelenting. This band won’t rest on its laurels and always leaves your senses banged up in the best way. Change or die and dance hard! 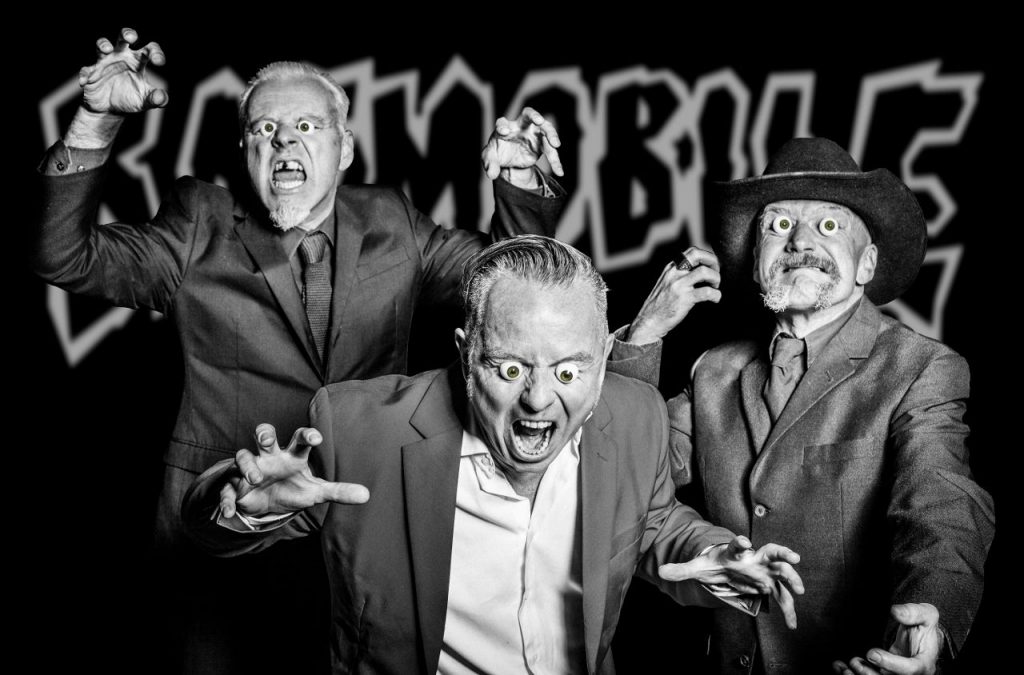 Jeroen Haamers gives the essence of Batmobile: “We started for the love of rockabilly and never thought of Batmobile as a psychobilly band. On the other hand, we played at practically all the big psycho festivals around the world, so I shouldn’t bullshit myself. We belong to that scene and it’s fun because it’s out of the ordinary.” Damn right,ScumBash is as glad as a monkey with seven dicks to have these legends back as the resident band. 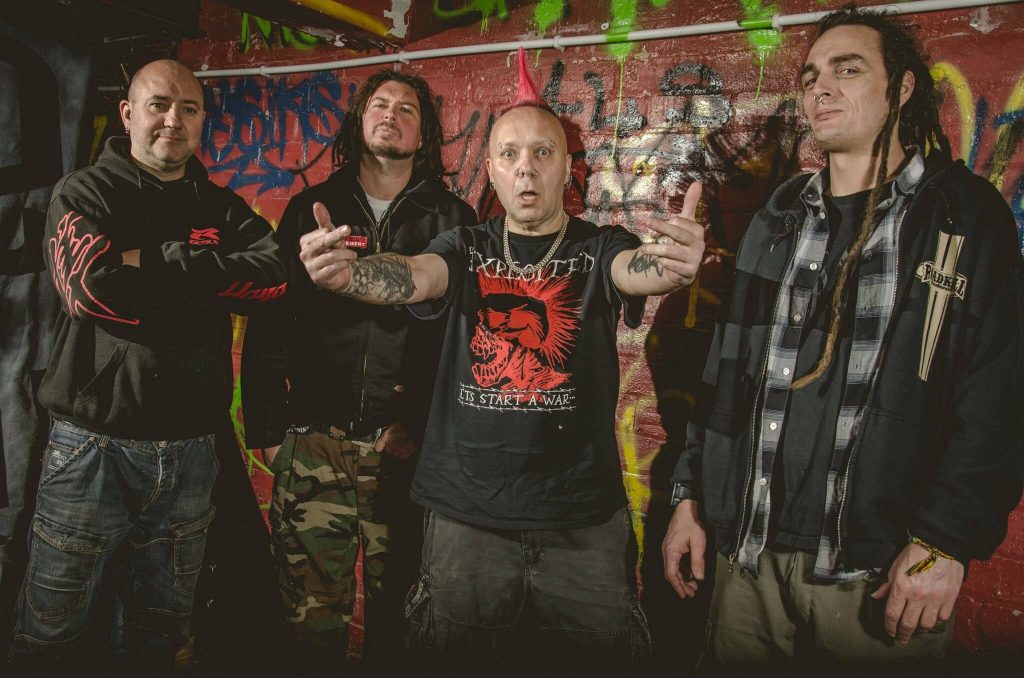 The first ScumBash in 2014 had The Exploited booked months in advance, but a week before the festival frontman Wattie had a heart attack onstage in Portugal. Wattie and his punk cohorts made up for it the next year and received a warm anarchic welcome from the Barmy Army at the Bash. Punks Not Dead and die-hard Wattie is fitter than ever! 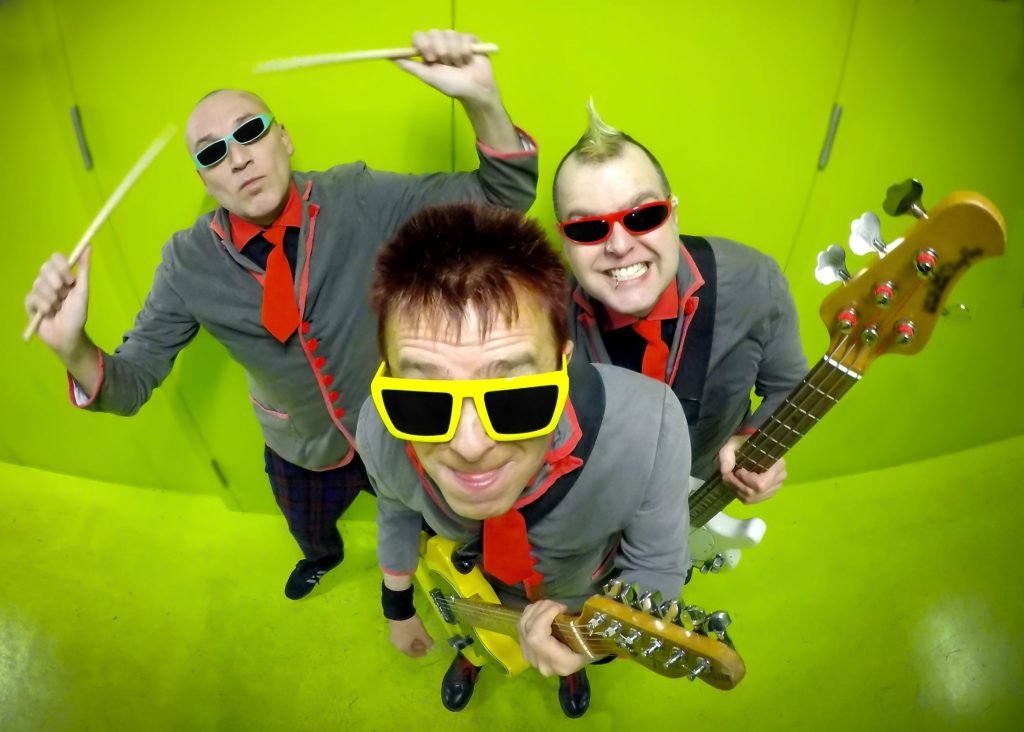 To the outside world The Toy Dolls are mostly known for their punked up version of the kiddo ditty Nellie TheElephant. Sure enough, since 1982 this massive hitguarantees mad crowd antics at their live shows, but thesetight rockin’ jesters pack dozens of party anthems, fromMy Wife Is A Psychopath to Lambrusco Kid. Dig that groovebaby